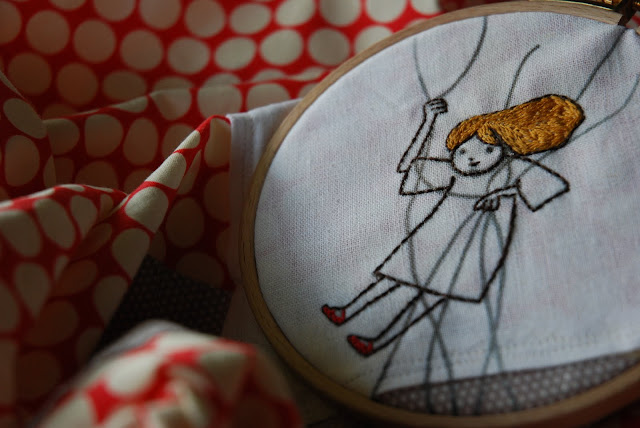 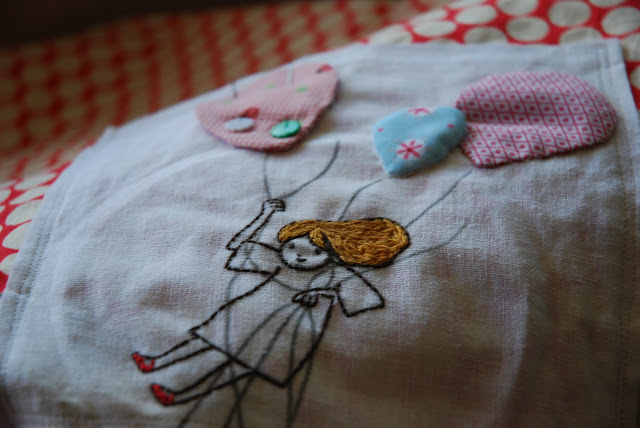 Since Astrid began kinder garden I have had more time. She comes home completely exhausted with all the activities and impressions. I make her dinner (She is a good eater and so far there is nothing she doesn’t like - knock on wood). We play for a while, I read her a book or two and she begins to touch her earlobe which is a safe sign that it is time for bed. After a short stop in the bathroom for a quick wash up and some tooth brushing it is off to bed. In less than a minute she has stretched her arms above her head, sneaked her left foot outside of the cover and fallen asleep.

This has freed time for some crafting. I am knitting again. And I sense an urge to stitch pink crosses. It is weak, but growing. In the meantime let me show you what I began stitching earlier this summer before went on holiday. Once again it is a motive by Hiroko Ishii, but his time I altered the design a tiny bit by making some of the balloons in fabric instead of stitching them. I haven’t taken a photo of the final result yet, but I will.
posted by Anne Marie