Thank you so much everyone for chipping in on my button indecision madness!!! I ended up by sewing the buttons on with red thread and mixing crosses and lines. I am so happy with how it turned out, and I love the quirkiness of not having them all sewn on the same way. Next time (Yes, there is already a new one planned) I will sew all the buttons with lines except for one. 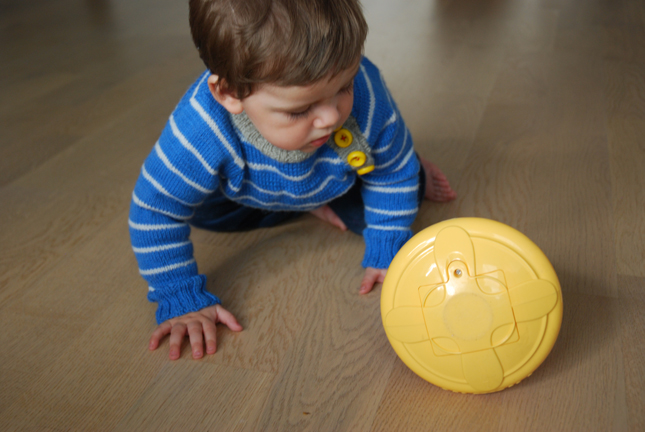 I finally found the yellow buttons! They were in a small paper bag in the back of the cabinet in the living room. I actually emptied the whole thing before I found them. The morale is; never tidy things you will need in a near future. 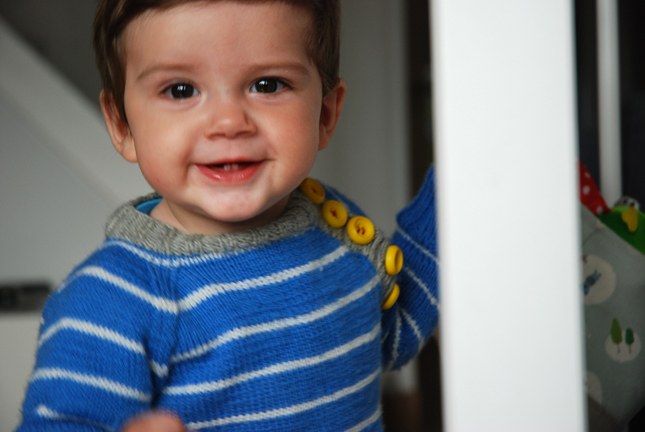 I have been saying that I began this sweater last September (in several comments and here), but that is not correct. I actually began it the same day Andreas was born. 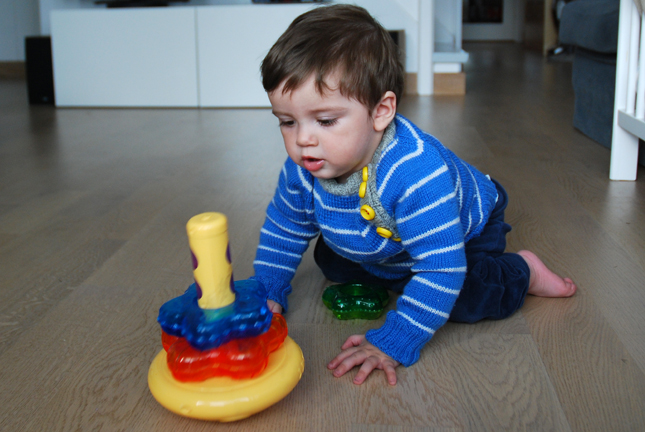 I had an appointment for an induced labour at the hospital, and this was my “easy knit while I wait for the action to get started” project. The funny thing is that I sat and waited in the wrong waiting room. It took an hour before someone asked me if I had an appointment (yes I am quite patient while knitting) and we found out I needed to go further down the hallway. 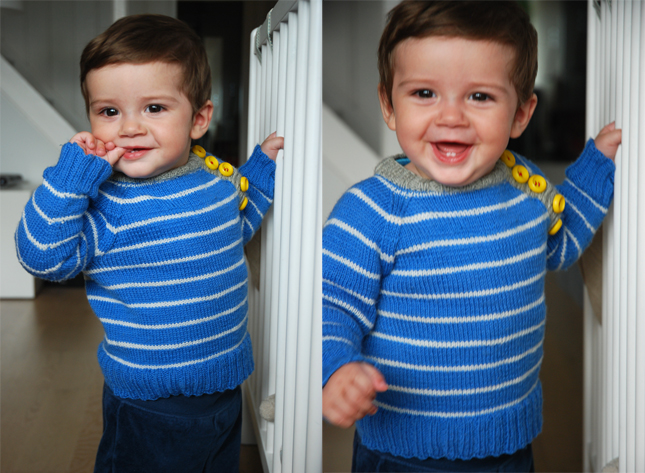 Just when I got up from my seat, the water broke and my appointment could be cancelled. I managed to knit twelve rounds though, and began knitting on the sweater again in late September. Just a silly story, I know, but I wanted to share. 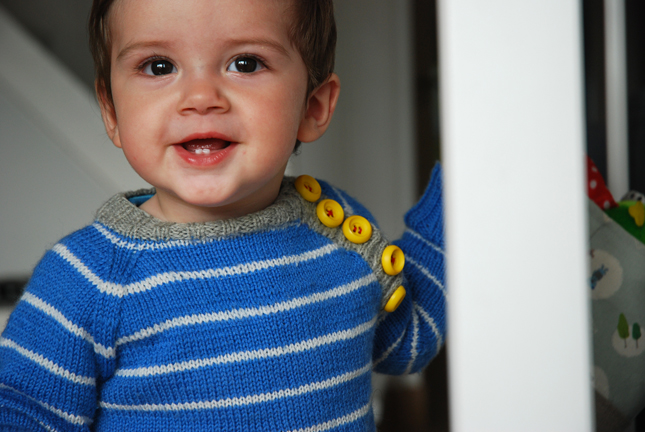 I took about 20 pics of Andreas with his new sweater, which by the way fits like a hand in a glove, and barely managed to narrow it down to these six photos. Bear with me for having a weak incredibly proud mama moment. See the knitting details in Ravelry
posted by Anne Marie 20 comments: 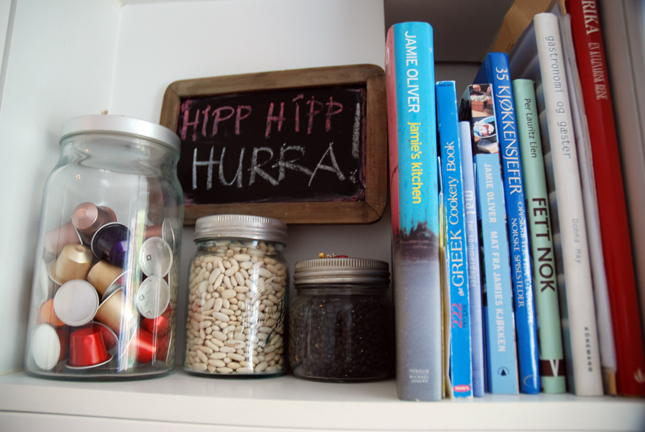 Seventeenth of May is a day of celebration if you live in Norway. More so if you are a child or have children. It is our Constitution day. 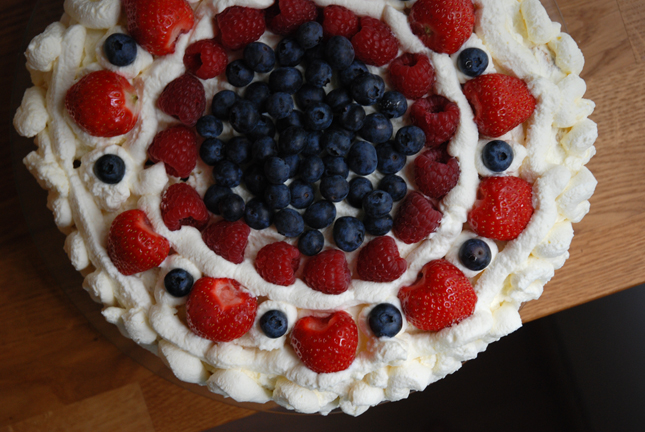 I love 17th of May because it represents that we live in a free country. I love it because you can eat as many ice creams as you want (and cake). 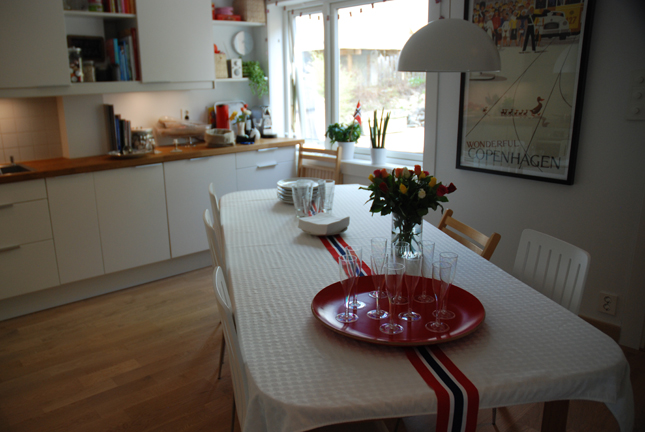 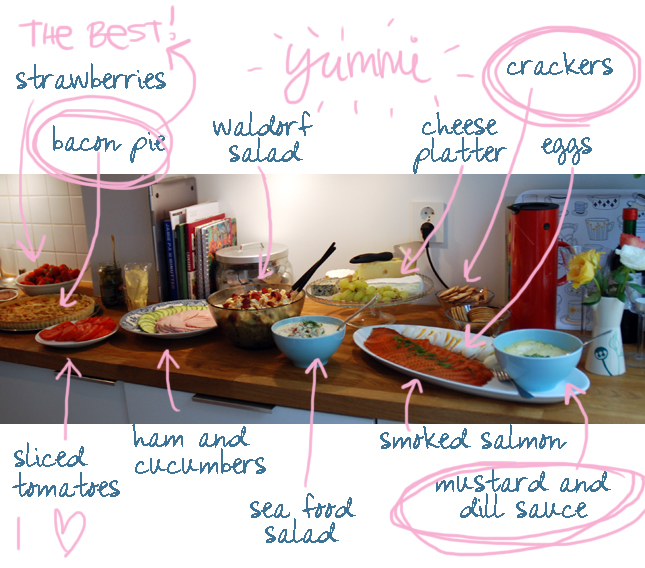 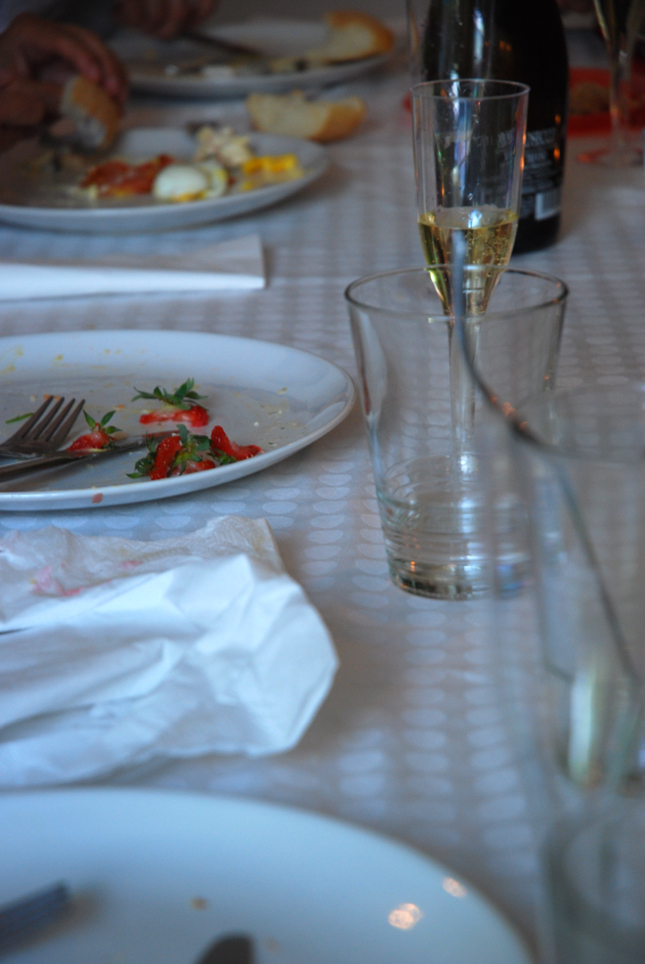 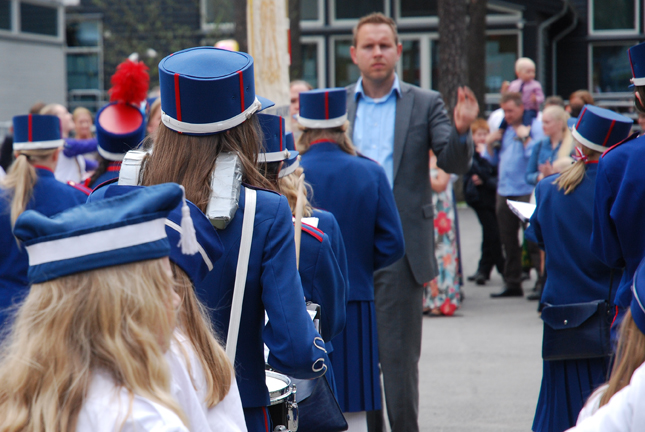 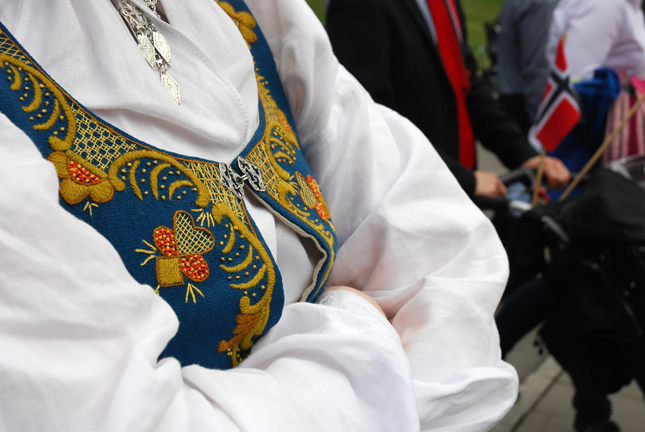 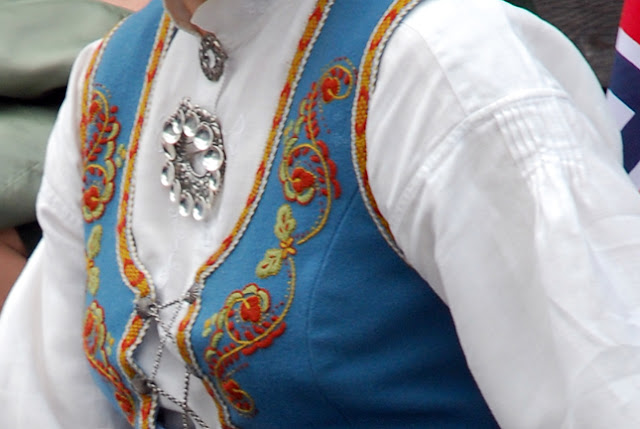 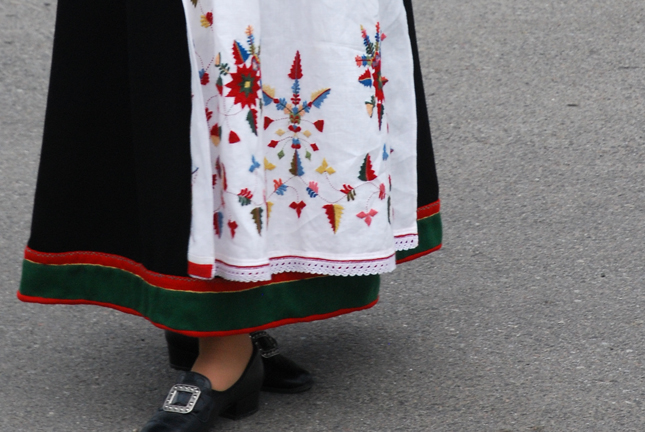 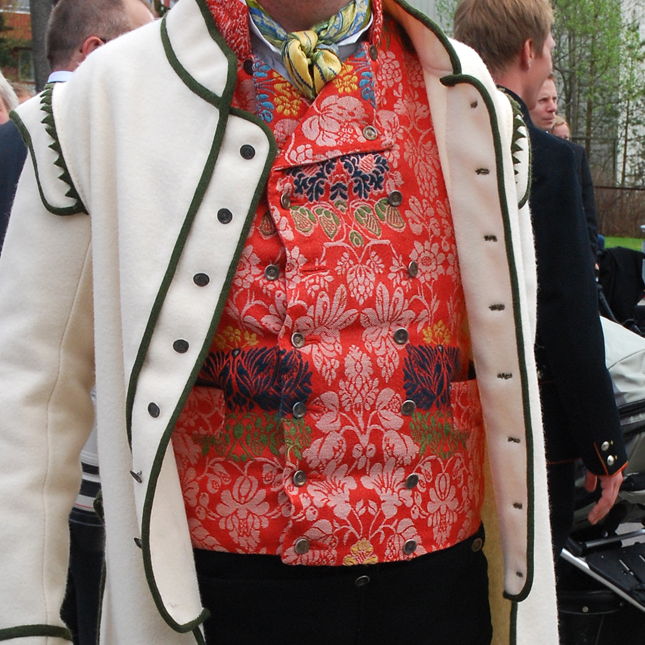 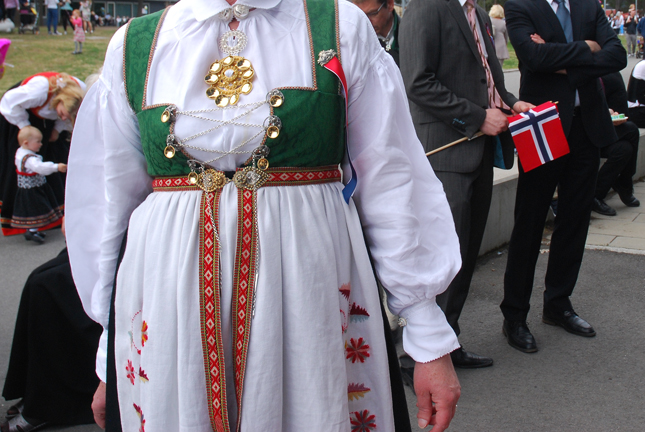 We celebrated the day together with friends and neighbours who came over for brunch before the children’s parade. Everyone brought something to the table (literary) and altogether we had a delicious buffet both early in the day and after the children’s parade and games in our elementary school. These are a just few glimpses... ...for more 17th of May glimpses go here
posted by Anne Marie 11 comments:

May is always such a busy month, and this year in no different. I am desperately looking for the yellow buttons, but cannot find them anywhere - where on earth did I put them after taking the photos??? Also, May Seventeenth is soon coming up and we are hosting this year which among other things means baking an amazing cake (help!)

While I am still searching for the buttons, and preparing the menu for our celebration of the Norwegian constitution day, I thought I show you the beautiful hat I won at a giveaway over at Smilehull. 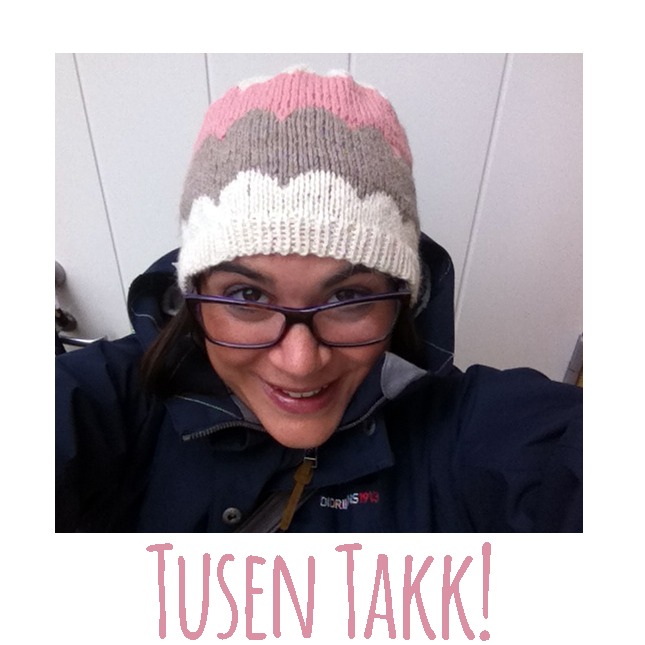 I am in love with this hat! Perfect for spring since it is not to warm…and the yarn is so soft… I need to go back to her original post to see if she wrote what yarn she used.

Off searching for the buttons, I’ll be back very soon!
posted by Anne Marie 11 comments: