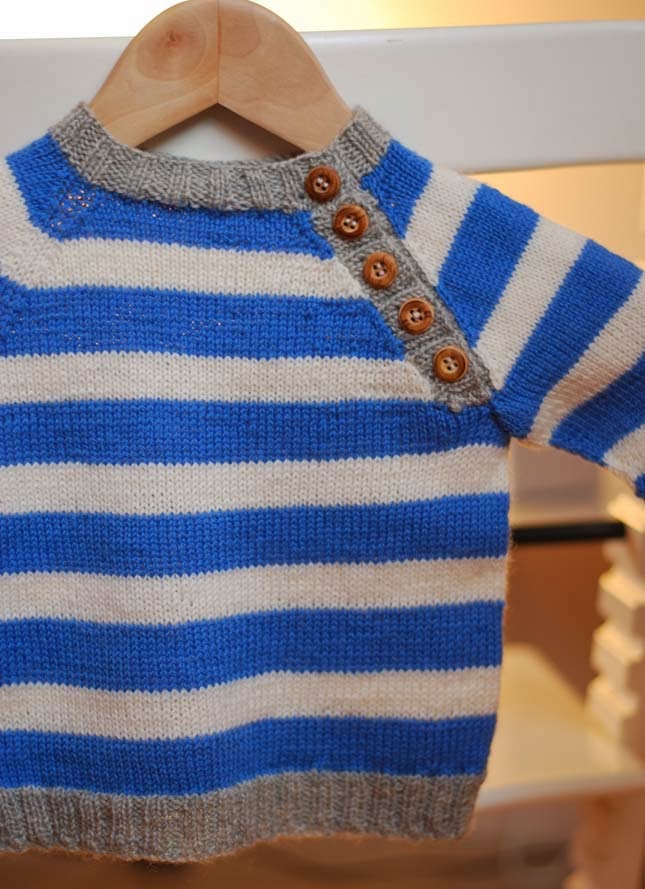 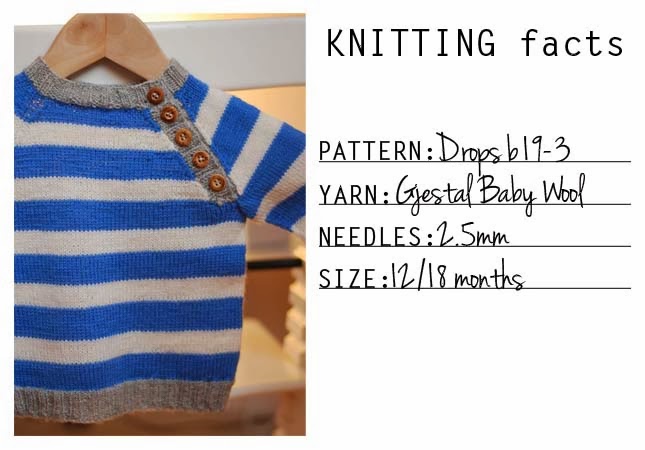 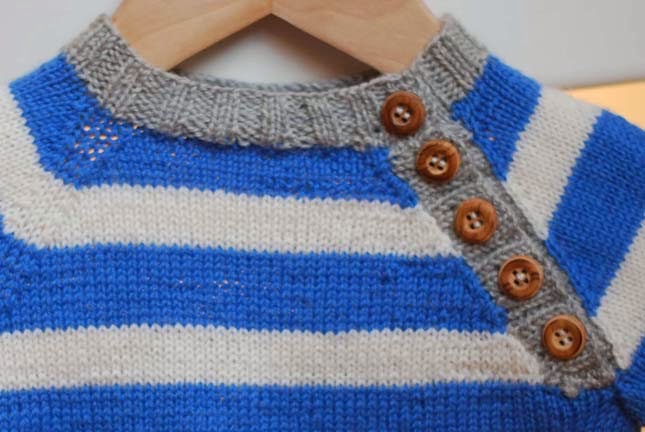 This is the third time I have used this Drops pattern as a base for my own ideas (I have another sweater I still haven’t posted on Ravelry or here). I love the crew neck with the split, which makes it a baby friendly sweater when it comes to taking on and off. I am also a big fan of thin knitted garments as they warm, but are lightweight and does not feel bulky. Winter here is all about layers. Because the sweater is a small size it is still a pretty quick knit, even if it’s knitted on 2.5 mm needles. 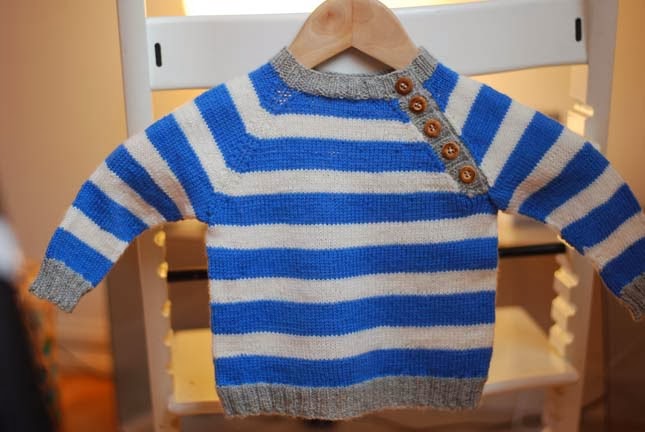 Compared to “Blue for baby A”, this sweater is more “low key”, no bright yellow contrast. More subtle. Still, I couldn’t resist putting an x on one of the buttons holes.

In Novermeber, after spending time in the UFO pile for several months, I finished the last details (sewd on the buttons) in a hurry so this could be part of our Christening gift to Cousin K. Let’s just say that last minute photo shoots indoors in November does not give the best photo light. Have a nice Tuesday!
posted by Anne Marie